I had a few cancellations on the western portion, but I was able to make them work. I drove from Regina to Lethbridge early so that I could play at an open mic and crash at the venue called Henotic. It was a really cool place, and because of a double booking for the next night, they were able to put me up for 2 nights. It was pretty cool, I met this one guy Matt Robinson, who was a fantastic guitar player, and he even invited me to play a show the next night at The Slice, which I graciously accepted. Afterwards though, there were some other eclectic acts, such as this beatboxer! 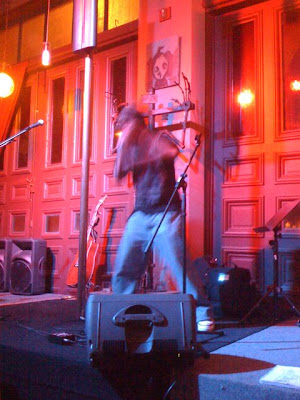