North Bay has always been good to me, thanks to Kelly Allan, who I met on the Northern Rocks tour last March. I managed to play a cool show in a new all ages underground venue, along with a couple of local acoustic performers as well as The Rough Sea from out east, and Greater Than Giants from Edmonton (I actually had their CD on repeat for a good 2 weeks in the car). Catchy stuff! One of their amps didn’t seem to be working, but thankfully the venue also houses several different ‘jam rooms’ for bands, so a tenant just wheeled out an amp for them to use, and the show went on! 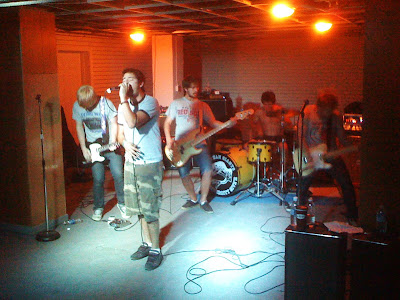 Greater Than Giants at The Underground in North Bay
Share