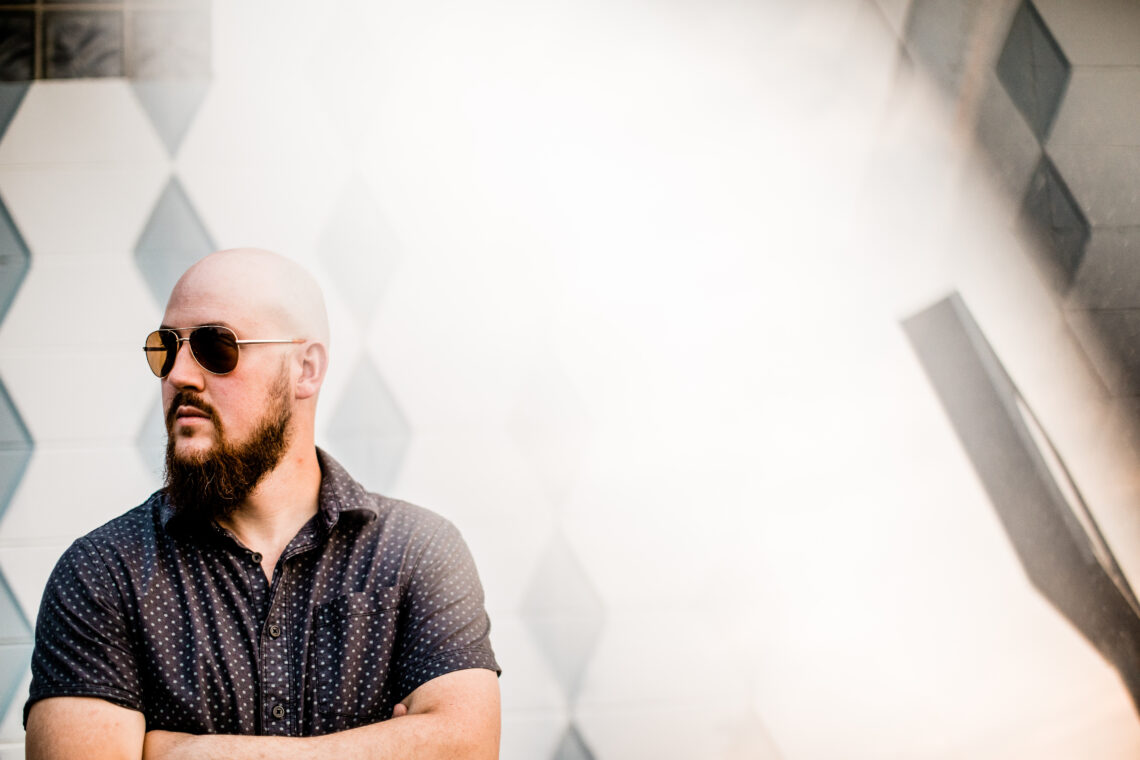 Jean-Paul De Roover’s musical upbringing was anything short of ordinary.

Inspired to play music after reading a book about a child violinist, he begged his parents to learn to play violin where he was promptly coerced into piano lessons. After two years he was given the chance to learn violin in Pakistan where he was immediately disappointed with his progress and stopped. Moving forward to his early teens, he was gifted a handmade Bolivian guitar from the local market and self-taught himself how to play his first Beatles song. A smattering of lessons with a Brazilian jazz bass player, Dutch singer-songwriter and Chilean vocal coach encouraged De Roover to continue pursuing music, but following his own inspirations. Upon returning to Canada in 2001 he explored everything from concert band to barbershop while forming his first rock and punk bands before studying theory, composition and orchestration at Lakehead University in Thunder Bay, ON where he graduated in 2009.

“2009 was an important year for me,” De Roover remembers. “I was in the middle of nowhere, sitting in the basement of a venue after my first show on a 3-month tour in support of “Windows and Doors” (a CD/DVD that folded into a house), when I pressed ‘send,’ submitting my MA thesis to complete my Sociology degree when I realized that this – this was the moment that I became a full-time musician.”

Since then this Belgian-Canadian has toured across North America and Europe, sharing stages with artists such as the Beach Boys, Goo Goo Dolls, Said The Whale, Beardyman and more, and showcasing his work at multiple international music festivals (including Canadian Music Fest and NXNE). His music and videos have also been featured on CBC, MuchMusic, reviewed in Exclaim, Earshot! and The Georgia Straight and charted on campus radio stations nationwide.

De Roover’s early career was defined by his innovative approach to music using live looping, where he used his voice and a wide range of musical instruments to construct his songs piece by piece in front of an audience. But his constantly evolving palate has seen him exploring his earnest acoustic singer-songwriter side on “Love” (2019) as well as his passion for emotionally and aurally heavy alternative and progressive rock on “Loss” (2020), the two of which are sister albums. De Roover continues to push his own musical limits both in form and substance, daring others to try and categorize him. Because of this, De Roover’s music retains a distinct identity whether he is playing solo, with a band or even a 30-piece orchestra.

Even when he’s not on-stage he’s active in the music and arts communities. For over 8 years he created and coordinated festivals and events for the City of Thunder Bay, and is currently the Artistic Director for the Live From The Rock Folk Festival in Red Rock, ON. He is also a long-standing member of the 3-person team at TBShows that promotes and presents music in Thunder Bay. But when he’s not performing live or parenting his toddler, De Roover can be found in his studio, Blueprints, where he not only recorded his latest two albums but also works with the music, film, and television industries as a producer, composer and engineer.

“Despite the fact that I will always feel like a musical outsider,” comments De Roover, “I’ve certainly been embraced by Northwestern Ontario and now call it home.”

Playlist of videos from the “Live at Theatre Three” video series.

Playlist of videos from the “Live from the Ferguson Place” unplugged series.

Featured reviews in Exclaim!, Earshot!, The Georgia Straight (Vancouver, BC), Roots Music Canada and other national and regional print and web publications. Interviews, articles and live photos featured in weeklies, dailies from across the country. See below for press quotes.

A featured musical guest for an entire episode of CBC’s Fresh Air, with various songs have been featured on episodes of CBC One’s Bandwidth, and other programs on CBC Radio Two.

LOSS (2020) entered the Earshot! Top 200 and also saw several weeks of airplay on CILU 102.7fm in Thunder Bay, ON (including several weeks at #1) before many stations stopped tracking due to the arrival of the COVID-19 pandemic on Canadian soil.

Pitch Pipes and Dichotomy have also charted for over 6 weeks each, and broken into Earshot!’s Top 100.
Overall, these releases have been broadcast on over 200 campus/community stations across the continent.

2020’s “Wreck” music video is an official selection of Lift-Off Global Network’s Sessions 2021 Festival, Experimental Dance & Music Film Festival 2021, and Vox Popular Media Arts Festival. The music videos for ‘Fix’ and ‘You’ have both been featured on MuchMusic’s ‘The Wedge’ in 2010 and 2011 respectively. Also featured at Bay Street Film Festival, FAM Festival and other indie film festivals in Canada.

“…the mad scientist of the Thunder Bay music scene…Jean-Paul De Roover live, is a spectacle that you NEED to see.” – Jason Wellwood – Earshot!

“Watching him perform onstage was like watching shattered glass piece itself back together; the songs started out as small fragments of a whole, and slowly coalesced into their proper form…This is what pop music should sound like; it should sound like a dream, because dreams are where our desires come from, and pop music speaks to our desires…He actually reminds me of Steven Page.” – Uriel Mendoza – TorontoRhapcity.com

“Armed with an acoustic guitar, a drum machine and an arsenal of effect pedals…Furiously multi-tasking with apparent ease, De Roover added layer upon layer of vocals, guitar and drum samples…as he built a thick wall of sound.” – Colin Harris – The Charlatan

“I have my eye on Jean-Paul De Roover. I think he’ll be as good as, as influential as, Robert Fripp – never heard of King Crimson? Then you’re younger than I am. But if you have, you may want to go if only to make comparative notes, and rekindle the feeling of truly seeing something fresh.” – Duncan Weller – The Chronicle Journal

“To describe it is nearly impossible and to shove it into any genre is unfeasible.” – Derrick Monty – The Argus

“He is a sensitive singer with a flexible voice, he lays down harmonies and background sounds (including percussive noises) with an ease and facility that is amazing to watch/hear. He reminds me at various times of Brian Wilson, or Lindsey Buckingham.” – David Kidney – Rylander Quarterly Online