Before heading to Victoria, I stopped in at CHLY and did a live to air interview and performance. Dylan the program director even joined me on two tracks playing saxophone. It was so good! Perhaps in the next while I’ll put up some of the tracks. 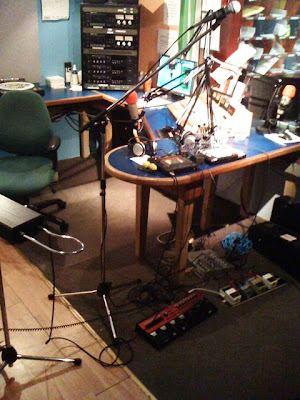 I drove to Victoria. In the rain. BC is not surprising me anymore. At least the show at the Solstice Cafe was awesome! Pauline Edwards did two awesome sets, accompanied by Hon on drums. 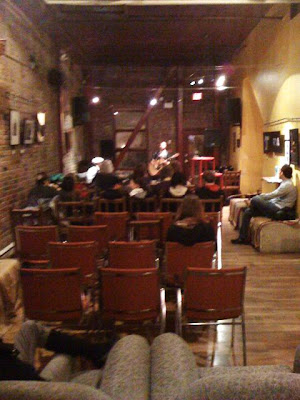 At one point, this one fellow came into the cafe, and started to talk, sing and yell throughout my second set. After about 4 songs, it got to be enough, and he was finally removed. At that point, I said to the audience “normally I don’t do this, but I’d like you all to give me a round of applause for having been able to play my songs while having someone yell counter rhythms and melodies into my left ear”. A solid round of applause. It was a really fun night, as I met up with Cassandra, who had come out to my St Catharines show at the Strega Cafe. Then, I spent the night at the Kelly residence. I met Alyson Kelly in Sackville, and then she told her parents that I’d be coming through Victoria, so that’s where I spent the night!