After Montreal, I made my way to Riviere Du Loup, where I played at a small cafe. They were super friendly, even having one of the staff move out of their room for the night so I could crash there. They also had a fantastic menu! I played an awesome set to a really attentive audience, and was followed by Sean Ashby. He played along to some backing tracks, but that didn’t matter, because he could rip! He played several different electrics, a lapsteel and an acoustic, and shredded on all of them. Afterwards, both he and I and some other people ended up going to another little bar until early in the morning. The bars close much later in Quebec (4 AM)! 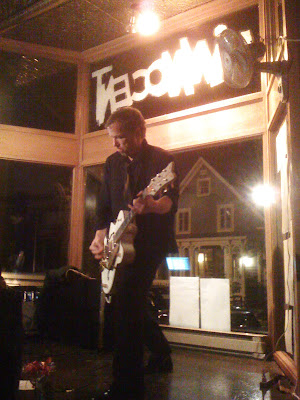