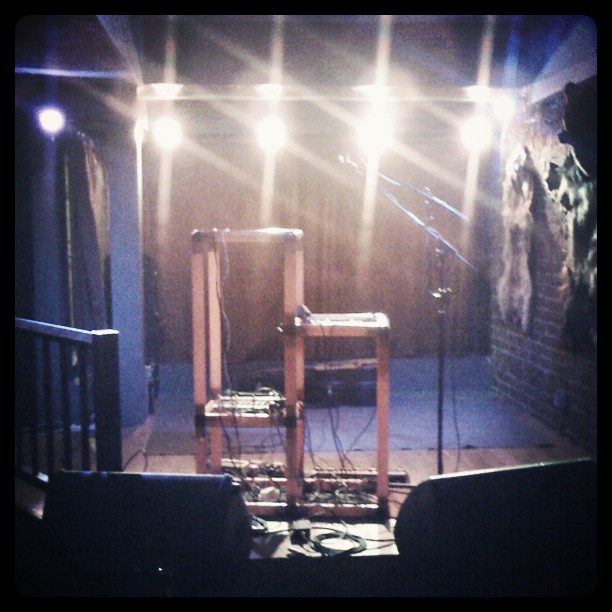 I’ve played in Fredericton several times now, but only once before at the Capital. I forgot how friggin’ loud it is in there! It was just myself and Judicom (a disco/house DJ duo) that night, so we each did several sets throughout the evening. After my first set, Judicom kicked things up a notch by taking the party into the ‘dance’ direction. I was stuck. I had to bring the party. So I did a whole lot of improv interspersed with my written tunes, and had people dancing, clapping along, and even a punk rock inspired ‘oi’-style chant.

Then something bad happened. I started to lose my voice. It was probably the chanting, but it was on it’s way out. Luckily, a black fellow missing a tooth leaned over the railing on the stage and yelled out, “Yo man, can I spit some rhymes?”

This whole thing could have gone in either direction: deadly hip hop, or random drunk guy mumbling into a mic. Thankfully it was the first option! Apparently it was Ceeb, one of the few hip hop MC’s in Fredericton, and notorious for jumping up on stage with random artists.

My friend Greg (who is working on a remix on one of my tracks) even caught the jam session on video. Check it out!