Ah, Calgary, the town that is always good to me. It’s great showing up at a show to find this: 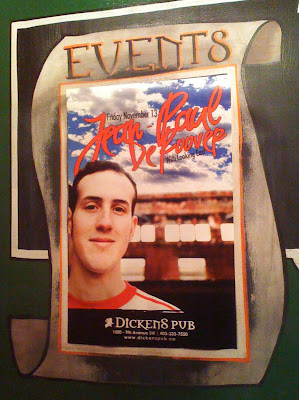 Also on the bill was Wivestale, who played awesomely! Their new sound blends rock with alternative/prog and even bluegrass beats, but Brandon still has that characteristic scream/yell which made me write songs specifically with him in mind as a vocalist a few years ago. After that I performed, and had a great time, followed by Silo, who played ‘Nickelback-esque’ rock. They’re good at what they do, but it’s just not my thing. BUT, I will give them props for having a tour bus that they brought a whole pile of friends to the show with. That’s awesome!