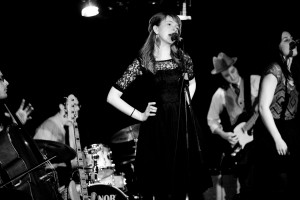 Emma Frank of She's Got A Habit - photo by Shannon Lepere (www.shannonlepere.com)

Montreal has always been tough for me. The first time I came through, I played at Burritoville. A nice place, and I got paid with a delicious burrito, but no one was there, except for two girls who talked through the set. I was pretty understanding, after all, it was thanksgiving.

The next time in Montreal I played at Bar St Laurent 2. Most if not all Montrealers agree that this venue sucks. We managed to pull in a decent number of people, but still. Dive. It’s closed now, so there!

The time after that was at Club L’Absinthe, which was a nice room, but the promoter decided that he’d keep the few funds that came through the door, and instead made promises of “I’ll just get you a better show next time.” No thanks. Au revoir.

But this time, this time, was different. I had been talking to Indie Montreal (a production company) for a while about my misadventures, and that I was hoping to restore my faith in Montreal as a city of good music and venues. They definitely pulled through, setting up a show with two great bands: She’s Got A Habit, and Trips And Falls. 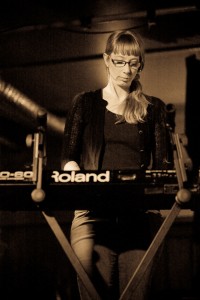 Not only that, but I arrived and there was a green room not filled with beer, but with pop and water! Combine that with their incredibly friendly staff running the door and the fact that they had little pamphlets with info about that evenings’ show, I was ecstatic. Finally, a show in Montreal that won’t leave a sour taste in my mouth! 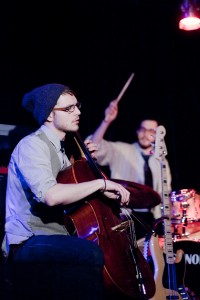 J-P Saint-Cyr and Evan Tighe from She's Got A Habit - photo by Shannon Lepere (www.shannonlepere.com)

Speaking of sour tastes, though; we had some poutine at Patati-Patata, and it didn’t live up to our Quebec poutine standards. That’s quite likely because of the fact that we had the Deluxe Poutine from the Cedars Lebanese restaurant in North Bay, where they took a poutine, but added garlic sauce to the gravy, and shredded donair meat. “It’s not on the menu” said the cook, but order it anyway! 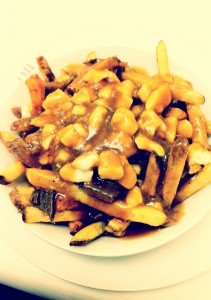