I awoke in Winnipeg at Bucky Driedger’s house (he’s house sitting), and ended up heading to visit the Edge gallery (where I’m playing on December 5th), as well as to check out the facility of Polar Bear Productions Ltd. It wasn’t as exciting as I imagined, but it was great to meet with people that have worked really hard on both my albums, and even took over an hour to show me around the place and just ‘talk shop’ about the printing industry.

After that, I played at Music Trader on Osborne at 5pm, which is always interesting. The deal there is that you get $20 worth of CD’s, so I found Rowan Atkinson live album and a live CD/DVD by Justice.

That night, I also played a house party at Liptonia, with the Liptonians and From The Moon. From the Moon are a really quirky group that have songs that feel like inside jokes. Thankfully, I’ve now been let in on the joke! Here are some photos from the evening. 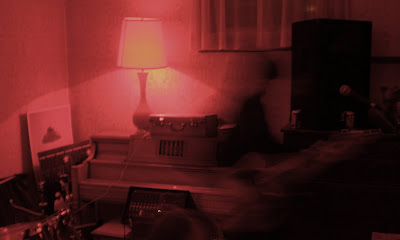 Matt and Bucky of the Liptonians 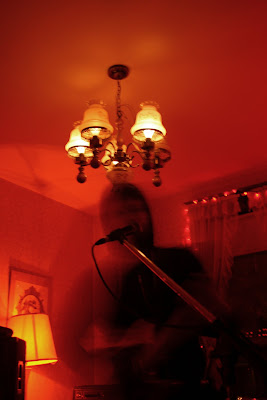