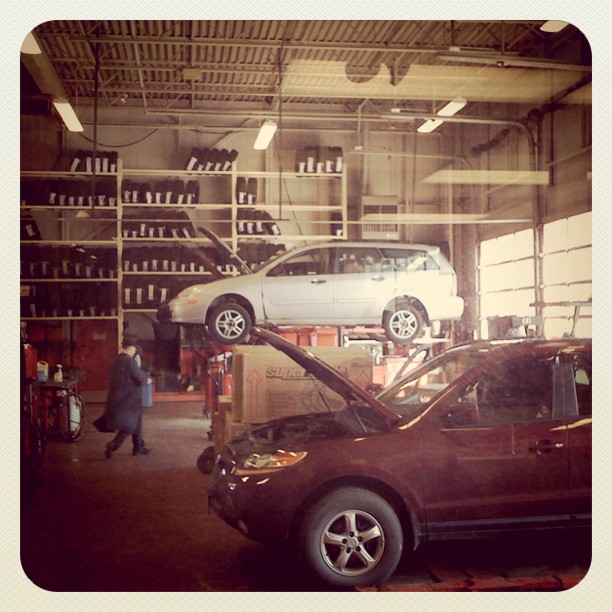 I finally picked up Shannon to join me on the tour!  Woo!

But then, phew, we had long drives from Ottawa throughout Quebec, and finally arriving in Riviere du Loup, we spent the night, but not after going for a walk and finding these glowing cones littered throughout a public park.

We had some problems with both the GPS and the exhaust pipe sagging a bit, but I wanted to wait until we were out of Quebec to get it looked at. I just didn’t want to accidentally explain the wrong thing to the mechanic, and wind up with a bill for $500! We stopped in Edmundston and had it taken care of real quick!

We arrived in Charlottetown, PEI, and grabbed some eats at Cedar’s, which is below the venue Baba’s Lounge. That night I was joined by a fellow looper (which was a surprise). Jordan Cameron played first and brought out some friends, which was a great introduction to the island. He used an RC-50 looper as well, but switched between acoustic guitar and ukelele, which was a very nice touch. We talked shop for a while before and after, and just overall had a great time at the show together. It’d be great to share some tour dates with him in the future!

We had some time to kill before heading out the next day, so we decided to do some sightseeing. First stop was the PEI National Park, because we had heard about the wonderful beaches. Being March, our expectations were low, but it was very reminiscent of the beaches on Eternal Sunshine of the Spotless Mind and the Truman Show.

I’m not usually the kind of guy that does a lot of touristy stuff, but since Shannon was around, I made some exceptions, including an impromptu shoot at the park, and some jump photos. 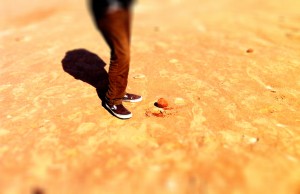 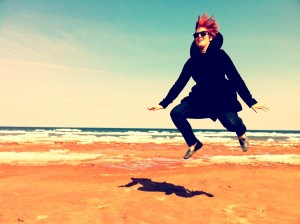 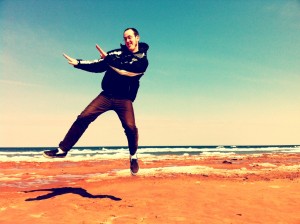 After that, we made a stop at Green Gables – something that’s a big part of the PEI identity. Again, it was closed, but we DID get to see it!