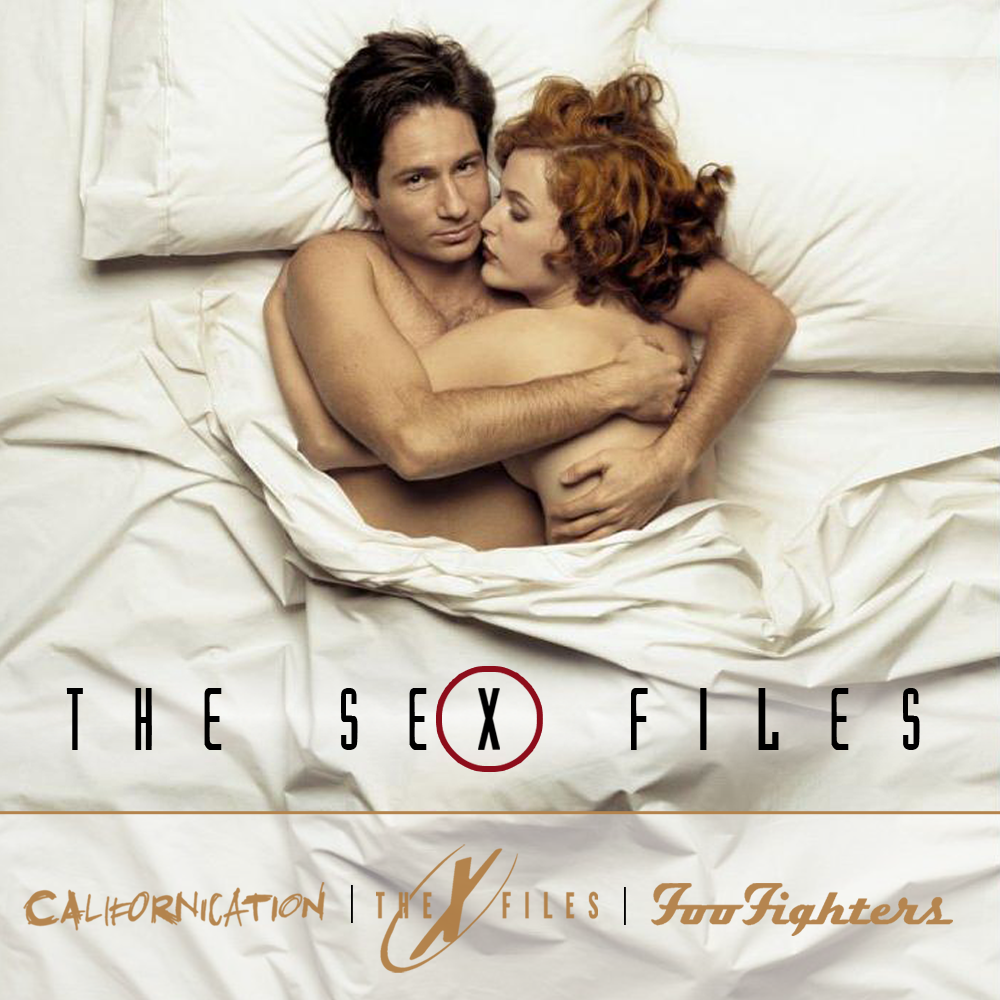 The Sex Files (Californication vs The X-Files)

With the recent news that The X-Files are coming back to television, I was not only excited to start believing again, but also to do a cover of one of my favourite theme songs of all time.

I remember watching the X-Files for the first time in the nineties, and it scared the shit out of me! I was hooked, and soon I had my mom helping me pick out which episodes to rent from the video store. In fact, whenever we’d sing the theme song to one of our dogs, “Flower” would start freaking out and jump up on the face of whoever was singing. Then, I would eventually relay the frightening details of each episode to my younger sister Megan who to this day cannot hear the theme song because it scares her! Fast forward many years, and my close friends Conrad, David and I would watch through (most of) the seasons of the show while giving our pancreas’ a tough time with a treat called a “flying saucer”. It was 3 scoops of mint chocolate ice cream covered in syrup, squished between to waffles, and I eventually taught my nephews the way, and it became a celebrated, yet painful treat for them too.

I was always a big fan of the musical score of the series, as well as the soundtracks. Not only did I find out about some great bands (Nick Cave and the Bad Seeds, Foo Fighters, Filter, and so many more), but there was also the main theme by Mark Snow, as well as different remixes of the main titles.

You can either watch the video I put together on YouTube, or stream the audio on Soundcloud:

In the spirit of those remixes, here’s my newest offering, a medley of three songs that I’ve called “The Sex Files.” I started with David Duchovny’s other TV sensation, “Californication” and used that as the basis of the piece. The opening titles of Californication were written by Tree Adams and Tyler Adams and can be heard at the beginning and end, framing the song and becoming the swinging groove which was perfect to overlay Mark Snow’s X-Files theme. I even managed to squeeze in the guitar riff from Foo Fighters‘ “Walking After You”, which was included on the first X-Files feature film “Fight the Future” soundtrack. That chord progression then managed to work for one of the other melodies from the X-Files theme, leading back into the Californication intro before ending with the eery triplet motif fading into the ether. If you listen closely, you can hear no less than 4 different melodies and progressions from the original X-Files theme, but redone to suit the sultry garage-band vibe of the Californication theme. I would’ve included something from Gillian Anderson’s newest show, but it doesn’t have any theme music!

Here are the original three songs, see if you can hear all the different parts!