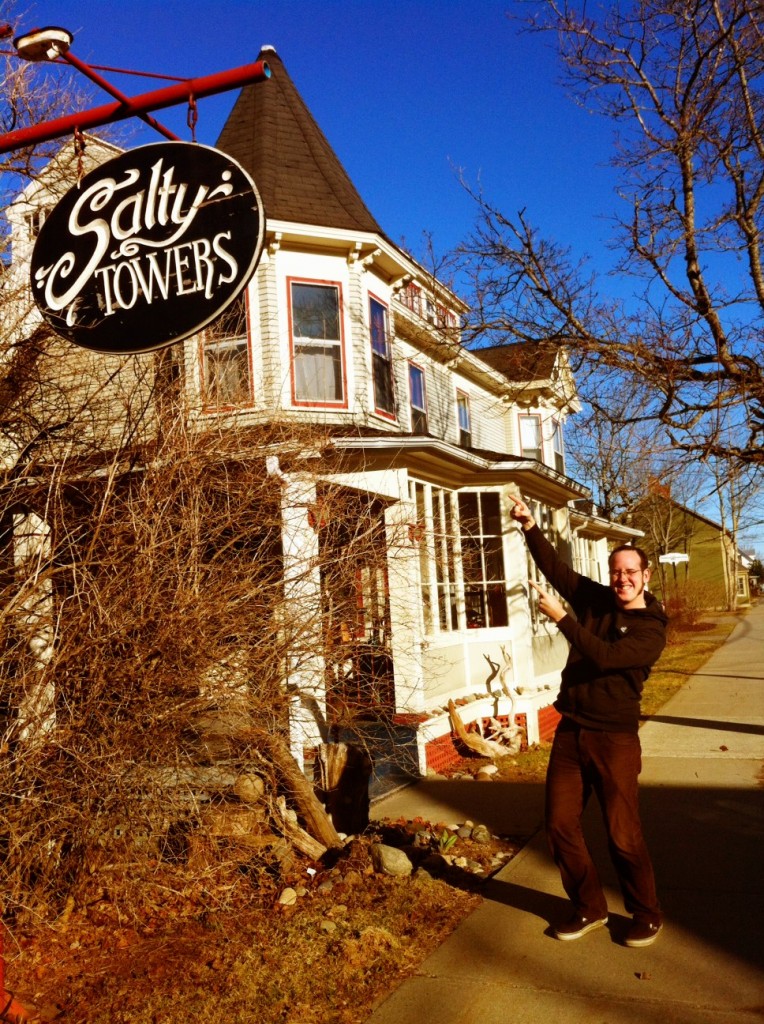 What started off as a night off ended up as a double header!

I started off with a set at the Open mic at the Bridge Street Cafe in Sackville, followed immediately by a brisk drive to Moncton for another set at Plan B. We spent the night with some new friends, like Jay and Brock from The Divorcees (who will hopefully be bringing their country sound to Thunder Bay in the summer).

The next day we made our way to St Andrews for the first time. I had a great set at the Red Herring, with a whole bunch of people starting up the dance floor during my third set.

But the best part of the town was staying at a place called Salty Towers. I was really hoping it’d be connected to Fawlty Towers somehow, but apparently no such claim or admittance has ever been made. Either way, it’s a massive house with dozens of rooms, and when we were shown to our rooms (via a note on the door), we knew it was one of the quirkiest, yet coolest places we’d stay on this tour.