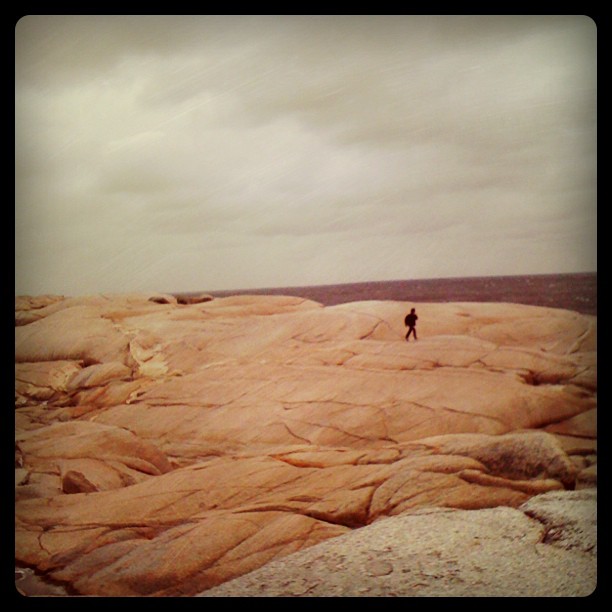 I had a couple of chill, relaxing days in Annapolis Valley. Played 2 shows in Windsor, NS, including one at the Spitfire Arms, followed by another at the TAN Coffee shop. At the Spitfire, I signed 4 cardboard coasters for a group of young kids who were stoked about the show. A little later on, there was one young girl that was spinning around the room, dancing, clapping and singing. It was really cute – she was running around for a good 30 minutes!

I also had a ‘mini-tour’ of TAN Coffee shops both in Windsor and Wolfville. Kentville was supposed to happen, but didn’t quite pan out.

Ah well! Still had the chance to visit with Shannon’s wonderful family, and visit Peggy’s Cove. Unfortunately for some of us, the drive was brutal. By the time we got there I was on the verge of barfing, but tried to sprint around the rocks in order to get some more ‘fresh air’. Even then, the wind was so strong that some of us actually had to walk on an angle to avoid being blown over.