Live from the rock 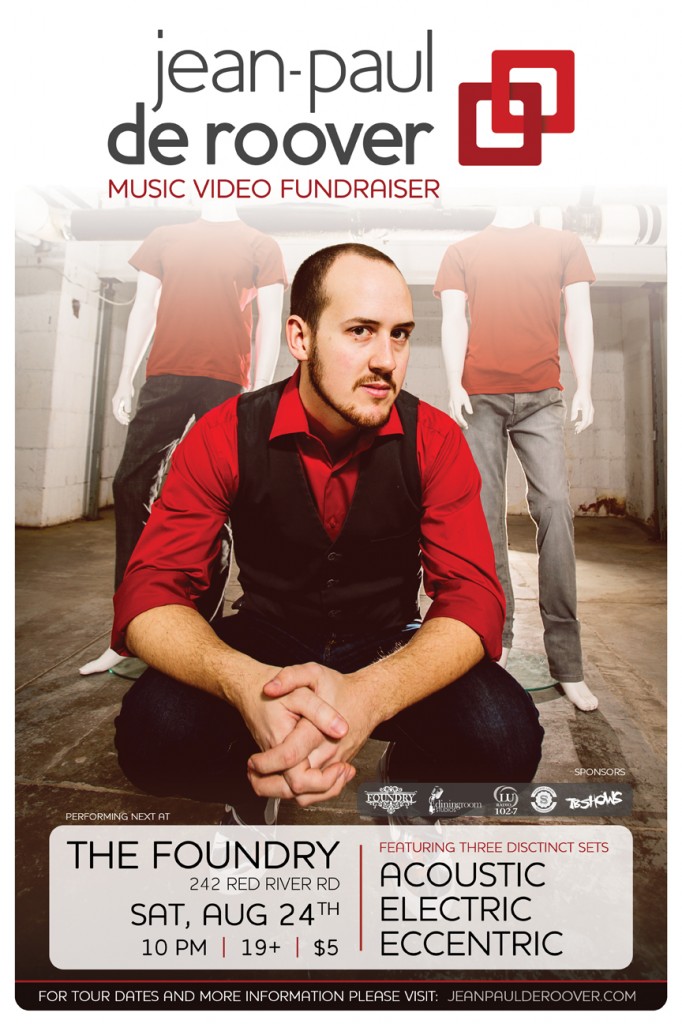 It’s a Thunder Bay regional tour! I’ve been grounded in TBay for the past few months, coordinating great events for the public, so I haven’t been able to venture out as far as I’d like. That being said, I figured I’d take the opportunity to book myself quite heavily in August!

August 17th @ Tumblestone 3rd Annual Pig Roast – Lappe, ON – email me@jeanpaulderoover.com for directions
Honestly, it’s a pig roast out in the bush with a whole bunch of rad bands. These are the kinds of strange gigs I love.

August 24th @ The Loop – in-store matinee
Some of my biggest supporters are bringing me in for a special matinee show, where I’ll be doing live-looping improv all afternoon.

August 24th @ The Foundry – “Music Video Fundraiser”
I’ve got another music video in the works, and it’s going to be hilarious. What’s not hilarious is the cost. I’ll also be doing three different sets throughout the night: acoustic [“unplugged” material], electric [the rocking, live looping that you’ve all come to know and love!] and eccentric [loop-based instrumental improv, who knows where it might take us!].

Beyond that, I’m also going to be at the Live From The Rock – Red Rock Folk Festival from August 9th – 11th, performing with Nick Sherman & The Winterdark as well as filling in with some acoustic material here and there during workshops. Check their website for full schedule details coming up. I’ll be announcing more shows in a few weeks!