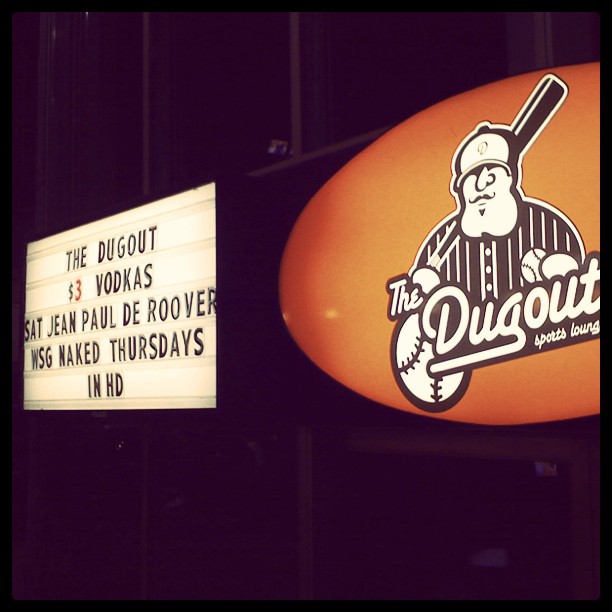 The first southern Ontario component of the tour started in Guelph with a really great house concert put together by the Community Music Collective. Playing in a sun-room off of the house, it got packed pretty fast, with probably close to 40-50 people throughout the whole house. PA speakers set up in the room and even in the hall outside so that the whole house could enjoy (there are 8 bedrooms – so you know the size of the house roughly). They even served a big pasta meal earlier on!

Hamilton was a blast the next day and oh so funny in a variety of ways. First off, my sister Megan joined me and I got to embarrass her later on – details soon. Secondly, I was joined by Wax Mannequin, who we recently determined that after playing 4 shows together over 5 years we can now call each other ‘old friends’. Wax’s set was done sans backing tracks, but the energy was tough to follow. There was literally a balloon fight during the show – at his request of course! As I mentioned, his charisma is a hard one to follow, but I made up for it with storytelling, sweating profusely, and of course, interactions with a buttertart. For those of you that aren’t aware, there are many blog entries chronicling me singing to tarts on stage at the Pearl Company, however, this time, I invited my sister on stage to eat a butter tart on stage, and anytime I sang the words “She’s Happy”, during the song of the same name, she had to start eating quickly, and with as much gusto as possible, hamming it up even.

March 10th was Windsor, where I made a stop at the Dugout. It’s great to arrive and see your name on the marquee! And in HD?! What is this world coming to! It was Derek (the owner’s) birthday that night, so we had a blast, and I even ended up visiting my friends in The Birthday Cakes at the Phog Lounge a little later on. Combine that with late night chats with Murad from Learning and crashing at the mansion with Pumpkin, it was a great end to the first few days of tour.