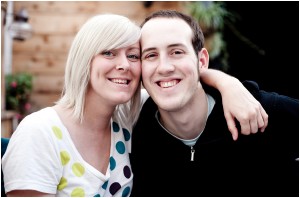 I’ve never really been a big fan of Toronto, and when Shannon and I pulled into TO with a vehicle running funny, I had a feeling that this trip wasn’t going to go well. I dropped by a Canadian Tire, and a Ford dealer to try and see what the fix for a car that decelerated slightly while accelerating. They weren’t able to diagnose anything, so they didn’t charge me and told me that I shouldn’t have any problems. So I took their word and continued on with Toronto.
For some reason, this trip has been filled with Burritos. Every other city we go to there’s always someone that recommends burritos. So, here’s a shot of Shannon and I at a burrito place in Toronto, taken by our friend Amy Decorte. It was delicious, but I also ate most of Shannon’s, so that left me asleep on Amy’s couch for several hours in a food coma before the show. 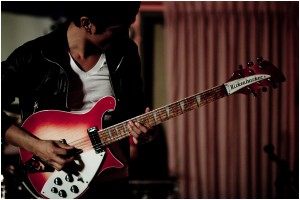 The show that night was at the Smiling Buddha. We showed up pretty early, but got to hang out with all of the other acts. Dane Hartsell, Val Halla and City of Glass were joining me, and were all cool and personable. Everyone’s got their own thing going on: singer/songwriter, living in Nashville, traveling the country, showcasing, etc, etc. We had a pretty good crowd out that night, but unfortunately the sound wasn’t all that great. Either way, everyone was into it and stuck out the duration of the show. It was great to see City of Glass particularly, because I’d be playing with them the next night in Hamilton as part of our 2-day mini-tour together.

All in all, the show was a lot of fun, despite the burritos having the potential to have spoiled the evening for me. So, Toronto remains in my good books. About time! 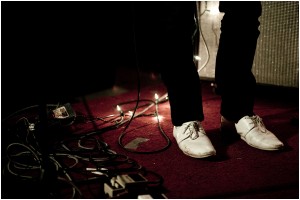