The next day I headed out to my friend Brent Coleman’s in Guelph for a house concert. I stopped in at the UofGuelph to drop off a CD for the campus paper, but found them to be closed. However, I’ve always appreciated the beauty of that city, having been there several times now. Here’s an example of how nice and aged the campus looks (I’m sure it being fall had something to do with it too!). 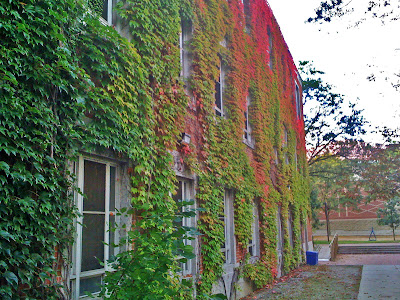 The house concert went well, and I met up with some more Thunder Bay ex-pats, and ended up hanging out with Brent well into the night, talking about love, life and music. I also grabbed some mp3 files of some songs he had been working on around the same time I had finished my EP at the same studio. Solid stuff!