Premise Beach – What If? 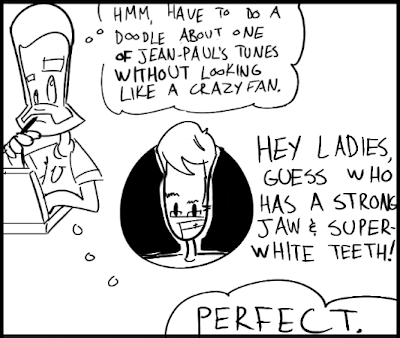 My friend Kyle Lees, cartoonist extraordinaire, has several different webcomics going all the time, to the point where he does one EVERY DAY.

His site is called Premise Beach (which is also the title of what is his longest comic series) which originally started in the campus news paper of Lakehead University; The Argus.

One of the other comic strips, however, is called Fight Song, and features Kyle drawing a cartoon about a song of his choice DURING the duration of the song. The following is one that he did for my song Elements.

Looks like Kyle Lees has done it again! Not only put me in a cartoon, but flattered me again. 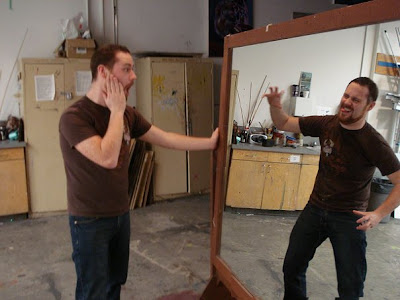 For the last 8 days, I haven’t shaved. It is in his honour that I have been ‘trying’ to grow facial hair. Sadly, I failed.

Oh Kyle, the sight of your lush chin forest makes my eyes mist in both joy and envy. In fact, I wish I was on one side of that mirror…

As long as you don’t murder me like in that ‘Mirrors’ movie, although hypothetically speaking, I’m totally curious as to how I would die. I wouldn’t have my jaw ripped off or my throat slit or anything like that…it’d have to be crazy. Or really really plain…who knows?

But on that note, I’ve now appeared (ha…rhymes with ‘a beard’) in his cartoons several times, so please visit Premise Beach (also on Facebook!), he has now been added to my ‘friends’ links!

Also, one more piece of information about him that will get you hot: click here.