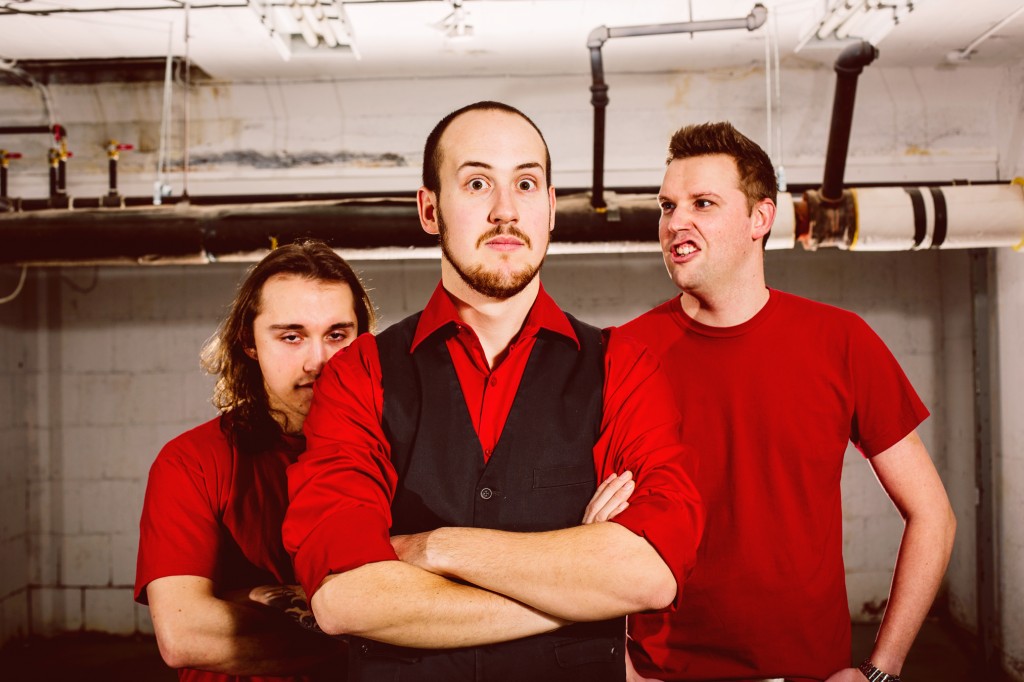 The new album comes out on March 23rd! I’m having a special CD release party at The Foundry in Thunder Bay, and I hope you can join me. 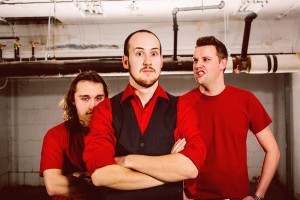 Even cooler, is the fact that I’m going to be joined by a backing band! I’ll be posting some cool photos and lots of other stuff over on Facebook, but here’s the press release about the CD release show, including all the specifics toward the bottom. Mark your calendar! 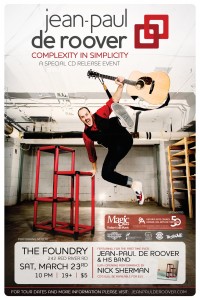 “The mad scientist of the Thunder Bay music scene” [Exclaim! magazine] has been hard at work since his last full-length album was released in 2009. After touring North America incessantly, with music videos featured on MuchMusic, showcases at international music festivals, two EP’s and several award nominations later, De Roover is ready to unveil his newest work.

Complexity in Simplicity will be launched at a special CD release event at The Foundry on March 23rd, and will feature De Roover and his backing band with Dennis Dumphy on drums and Chris Dorota on bass guitar. De Roover will then tour solo across Canada tour for the remainder of March and April.

Featuring, for the first time ever, Jean-Paul De Roover and his band (pop/rock/a cappella/electro)

*CD’s will be available at the show for $15, and through online digital retailers on March 23rd.