US Odyssey Part 4: SXSW (in summary)

SXSW was filled with music. Literally, every bar int he entire downtown area had bands, most of the day, and then all night.

There were also tons of acts performing on the street from folkies to dancers.

Here’s my summary of the bands I saw (that were noteworthy – I saw lots):

PS I love you

Esben and the Witch

And a performance by the bartenders at Coyote Ugly

Shimmering Stars – (from BC, we actually ended up meeting them at Denny’s a few days before)

Juice – (an a cappella trio from UK, that has done performances with Beardyman in the past)

I ended up missing some of the bands that I really wanted to see because I got heatstroke, and also because they were free shows and just way over capacity.  This included …And You Will Know Us By The Trail Of Dead, Owen Pallett, This Will Destroy You and the Strokes.

– Lots of free food at most of the venues

– Swimming in a natural pool

– Shannon enjoying a cupcake from a streamline vendor 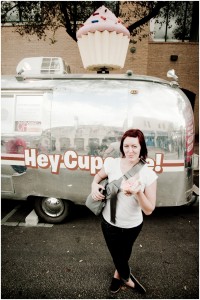 – And finally, me making a deal with Death