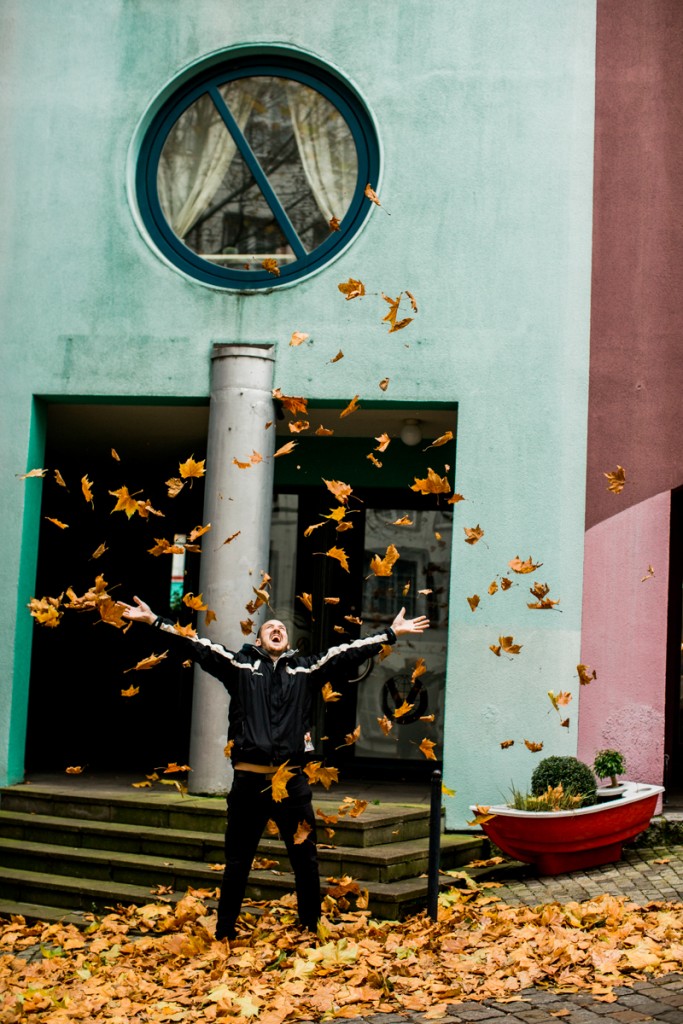 Over the course of the tour, we made several trips to downtown Bremen and the Schnoor neighbourhood. Here are some of our photos from those adventures! 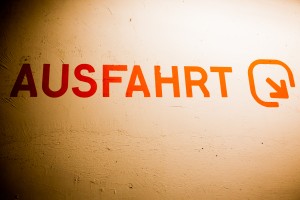 While it looks ridiculous, Ausfahrt actually means “exit”, so we’d see it everywhere. In fact, the band NoMeansNo even named an album after being confused by the word, calling it “All Roads Lead To Ausfahrt“. 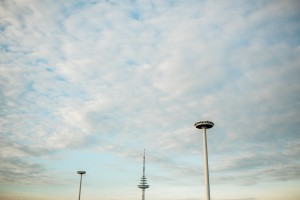 The skyline while driving around Bremen. 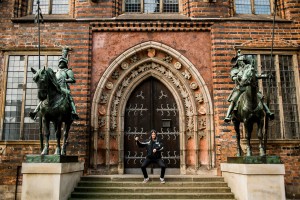 In the downtown core there were lots of interesting art sculptures and statues, so we made sure to try and capture them. Here’s me pretending to ride a horse, but I ended up looking more like Psy doing Gangnam Style instead. 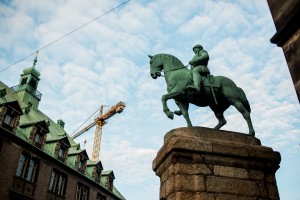 Some of them were gorgeous. 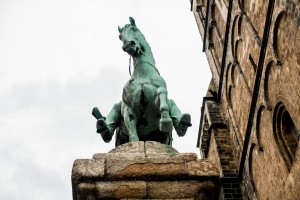 But if you just changed the angle, it could look…special. 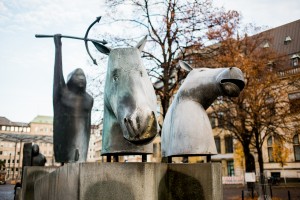 Not sure about the story behind this piece, but that’s ok. The broken horse jaws area certainly intriguing. 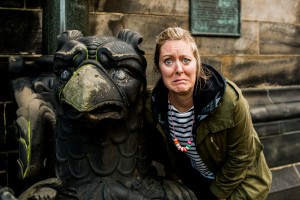 Shannon and I took turns with some statues as well, making sure to match their expressions. Her first. 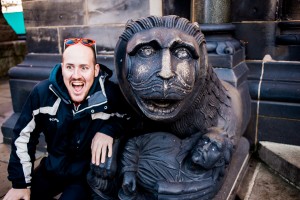 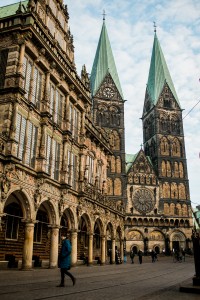 Sometimes the architecture was beautiful. 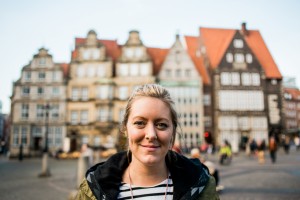 Sometimes it was the person in front of the architecture! 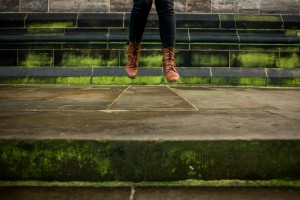 Since Shannon was with me, it was mandatory that we did at least one jump photo. 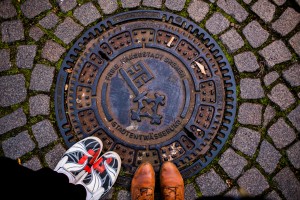 …and a feet peek. 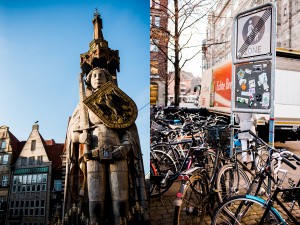 Most areas were pedestrian and bicycle only. The sign on the right actually means end of the pedestrian zone, as opposed to “no women and children”.

Later on, Echo Bloom and I went out for a quick bite to eat, but Kyle and I stopped in at a “dollar store” type place to look for things to add to our live shows. 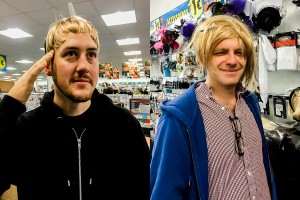 We were looking for christmas lights, tinsel, etc, but all we found was a ridiculous blond wig. Aren’t we pretty? 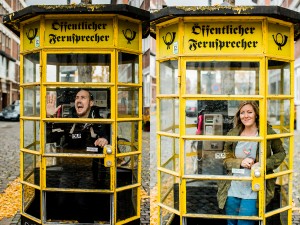 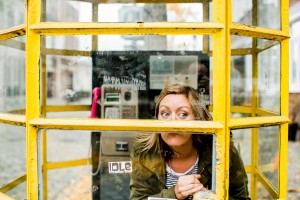 Joining in on the “no nose” phenomenon. 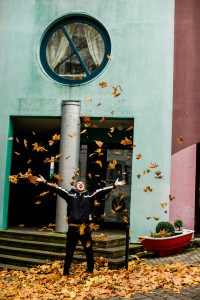 Taking a moment to enjoy all the fall leaves!

And now, some more photos from Schnoor. 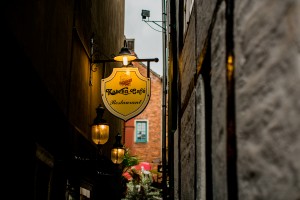 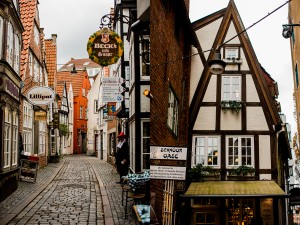 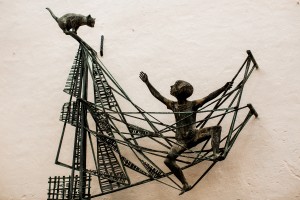 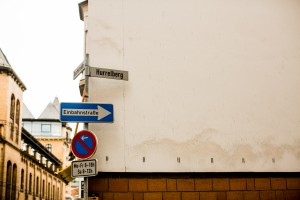 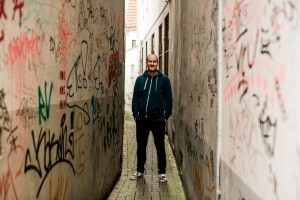 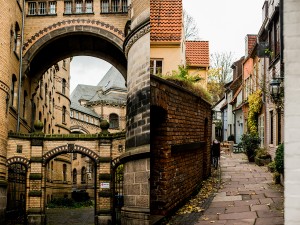 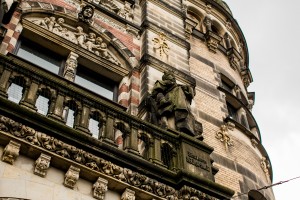 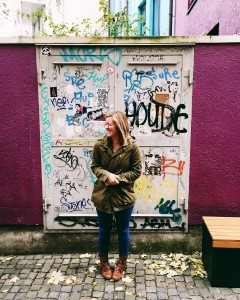