Halifax is one of those cities that I’ve always wanted to spend more time in. Shannon and I got to spend about an hour wandering the downtown, heading to the waterfront. The problem was that it was really windy, so we managed to get a few jump photos before freezing ourselves. We also Included a cameo by Theodore Tugboat, which is mandatory when visiting Halifax. 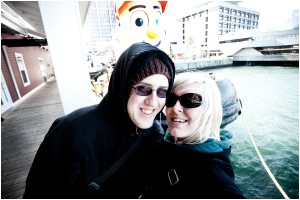 We then headed to Cassey and Julie’s place for a nice home cooked meal, then proceeded to our second night with Scientists of Sound. Also with us both nights was Botnek, an electronica duo that got everyone in the place moving before and after my sets. We ended up hanging out in the green room for quite a while, as well as with the soundguy, whose nickname was ‘shitty Legolas’. Everyone looks like a shitty version of someone else, so I’m still trying to find mine, but I’ll post it once I find it! 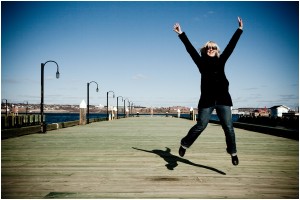 This was also as far East as Shannon and I would go together on the tour. It’s been so much fun!