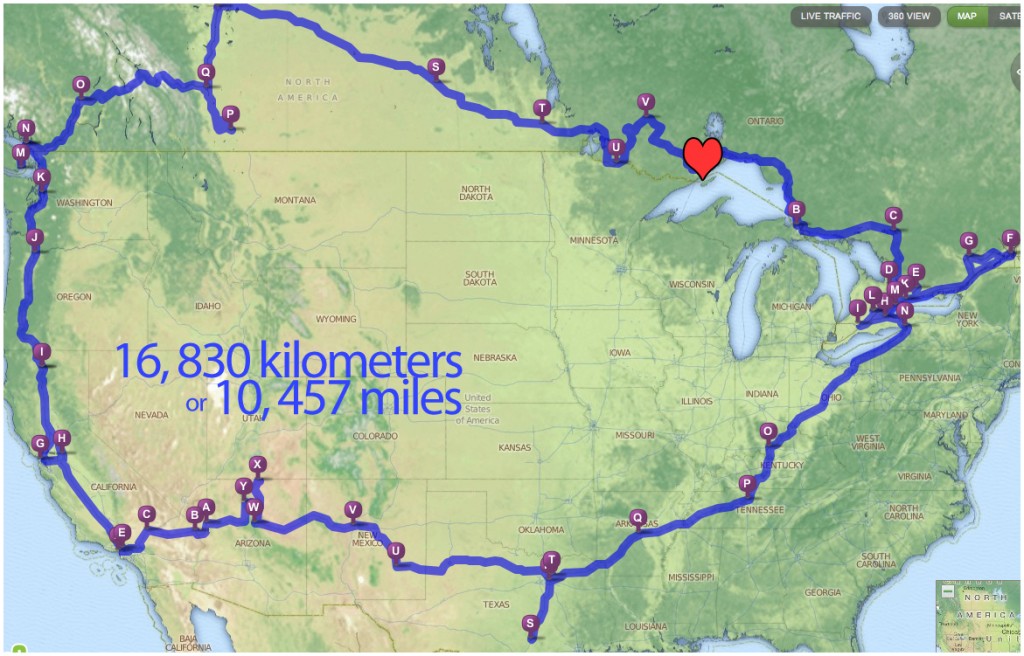 Back in Canadia, where I could continue the tour that ended in March with my Canadian Music Week gig in Toronto.

I headed to the island and after some cancelations, I managed to set up some open mic gigs, where I hung out with some old friends in Victoria.

However, I developed something that looked like bed bug bites all over my face, shoulders, one arm, one hip, and one toe. The good news is that they weren’t! Not only was I glad about that, but everyone I was staying with!

My usual weeklong stint in Vancouver had me hanging out with some of my favourite people, like Travis “Heavens to Betsy” Fishbein, who let us stay there the whole time considering there was a bed bug scare all over my face.

I played shows at Joe’s Apartment with the Liptonians, and several cafes with Lucy Conquered Man and Andorra, while also getting to wander around Stanley Park for the first time.

I have a history of hauling my body through the BC mountains, but also taking a photo at Rogers Pass. Although, the gas station where I usually take the photo is now closed!

Hands down I had some of the best times of this tour in Edmonton.

I crashed at Phil’s place, played Padmanadi’s (a vegan restaurant) anniversary buffet, played at Avenue Theatre, AND, I was sort of pressured into doing a cover of “Break Stuff” by Limp Bizkit. My condition: it would be done a cappella!

Got rear-ended in Winnipeg. Shannon got whiplash. Isn’t that town just the best? I want to love you, 204, but you’re making it hard.

3 show mini-tour with Greg Rekus (guitarist/singer from High Five Drive) who fell through a barrel at the Black Pirates Pub and my Sioux Lookout friends The River Rebellion!

I also made a stopover at the Little Beaver Cultural Centre in Fort Frances. 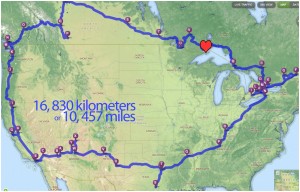 And… home! Phew! Look at how far we traveled, starting and ending in Thunder Bay. Til’ next time!