I went skiing finally! It’s been since 2000, and it was definitely long overdue!

I met up with Juan and we hit up Mount Seymour. 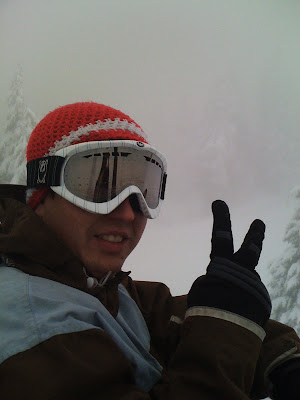 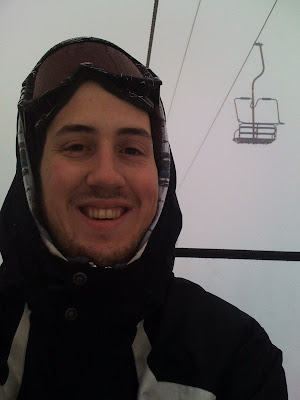 There was tons of snow up there, apparently they’ve been getting dumped upon. 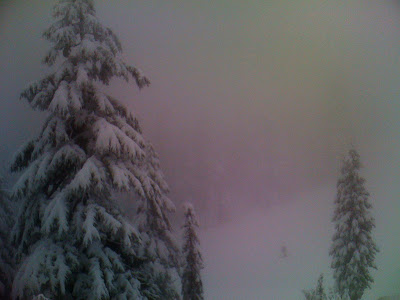 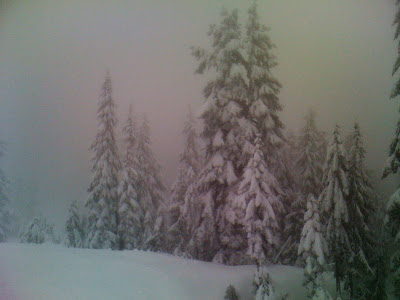 After the ski-sesh, we went back to his place to hang out with some TBay-ites, have some food, and check out his unreal view from the apartment patio.

That night, Travis and I met up again after he finished participating in a ‘play-piercing’ session.

Open mics are funny things, and you often meet some really interesting people. I played at Darby’s Pub, and met two fellows from an open mic earlier that week: a finger-picking champion guitar player, and an actor (who did a lot of voice-work on Transformers Beastwars!). Not only that, but Travis and I had an encounter with a strange lady outside of the venue. All we heard was someone muttering “suck it! suck it!” over and over again, so we looked over, to see this lady wandering across the street. Nothing too intense, until we noticed that she had 2 knives in her left hand. Weird. Then as we criss-crossed each others paths, Travis noticed she had another, bigger knife in her right hand, which she happened to be twitching back and forth, apparently in his direction. It probably wasn’t intentional, but you can never be too crazy with some crazies!