The next night I performed in Peterborough, sharing the stage with Paper Beats Scissors, a cool trio from Halifax. The frontman Tim used some loops, and had a string player and a percussionist with him. Besides that, the thing that made Tim coolest was that he was the first and only person to ever look at my set up and say “oh, Quadro…cool”. He actually knew what the red piping stuff was!! He grew up in England, so he was familiar with it. It blew my mind. Also, the next act was Volcanoless In Canada, from Saskatoon. I’d run into these guys at CMW a while back and we keep running in to one another along the road, so it was great to hang out with them, and finally share a stage. 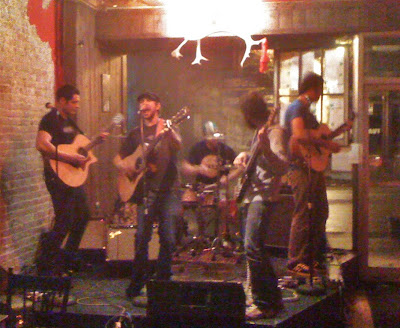 I put that photo up on my twitter account, and of course Kyle Lees decided to look into it a bit more, and retorted with this little cartoon: 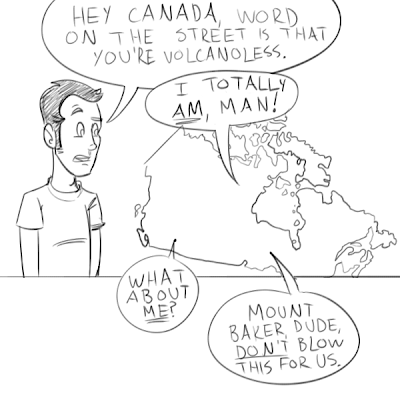 That’s several comics of his that I’ve made it into now!

I slept in the band room upstairs by myself, as the other bands had places to be. Ah well. I woke up the next morning to feed the meter, and eventually made my way to Canadian Tire to get my vehicle serviced for the first time on the trip. 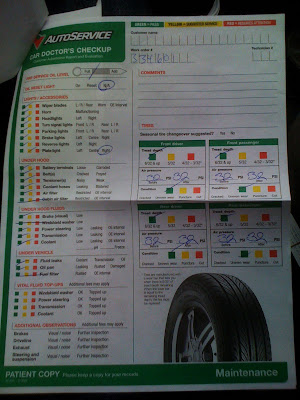 A perfect score except for a broken light on the license plate!