I finally made it to Toronto, where I was going to have another ‘northern’ night, splitting the evening with Nick Sherman and Aviva Thierry, both from Sioux Lookout. Nick went up first, and I joined him for his last song, which is so catchy, I’ve literally been humming it for days after, and now that I know how to play it, I just want to keep it for my own! But I will refrain…Still…it’s an awesome song.

Aviva went on after that, showing off her amazing voice and switching between guitar and keys very well. 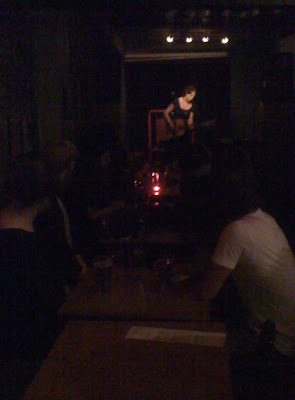 I ended the night, getting several encores and requests, making it a good night after having a tearful goodbye with Shannon at the airport that afternoon as she went back to Thunder Bay.